Bestselling author and Pulitzer Prize-winning journalist Bob Woodward will discuss his nearly 50-year career covering nine presidents, the balance between journalism and history, and his explosive new book during an online program Oct. 1. The conversation will be hosted by the Harry Ransom Center and the School of Journalism and Media at The University of Texas at Austin in conjunction with the LBJ Presidential Library.

Woodward is an associate editor at The Washington Post, where he has worked for 49 years and reported on every American president from Nixon to Trump. He has shared in two Pulitzer Prizes, the first for the Post’s coverage of the Watergate scandal with Carl Bernstein, and the second 20 years later as the lead Post reporter for coverage of the 9/11 terrorist attacks.

The Bob Woodward and Carl Bernstein Watergate Papers are accessible for research at the Ransom Center on the UT Austin campus. The extensive archive includes interview notes, manuscripts, story drafts, court documents, correspondence and other materials relating to the reporters’ investigative work on the Watergate scandal for The Washington Post and their books “All the President’s Men” (1974) and “The Final Days” (1976).

“This historical record is, and will remain, a primary resource for students and researchers of the Nixon presidency and the continuing impact on American society of the Watergate scandal,” Ransom Center Director Stephen Enniss said.

The Ransom Center is an internationally renowned humanities research center with extensive collections, including nearly 1 million books, more than 42 million manuscripts, 5 million photographs and 100,000 works of art that provide unique insight into the creative process of some of the finest writers and artists and deepen the understanding of literature, photography, film, art and the performing arts.

Registration is open for the program, which will premiere online at 7 p.m. CT on Thursday, Oct. 1. A link to view will be emailed to registrants earlier that day. 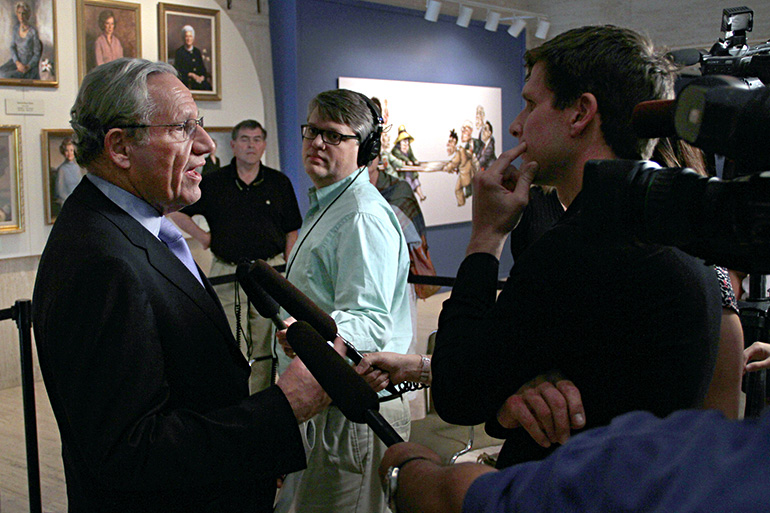