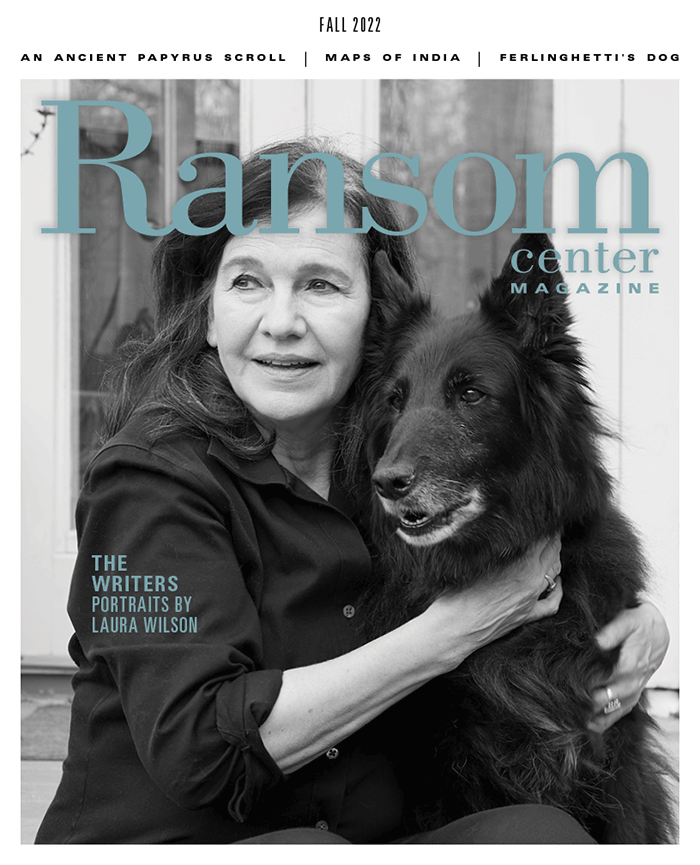 Arrive with curiosity. Leave with inspiration.

Take your mind on an adventure. The Ransom Center is an internationally renowned humanities research center at The University of Texas at Austin. Our extensive collections provide unique insight into the creative process of some of our finest writers and artists, deepening the understanding and appreciation of literature, photography, film, art, and the performing arts.

The collections include nearly 1 million books, more than 42 million manuscripts, 5 million photographs, and 100,000 works of art. Highlights include Robert De Niro's archive of scripts, notes, costumes, and props; the earliest known extant photograph made with the aid of the camera obscura; E. E. Cummings's wooden paint box; manuscript drafts by Nobel Prize-winning author Doris Lessing; Jack Kerouac's notebook documenting his writing of On the Road; original works by Frida Kahlo, including her iconic self-portrait with thorn necklace and hummingbird; the Gernsheim Collection, containing some of the world's finest examples of photographic art and science; some of Albert Einstein's unpublished notes and calculations for his work on general relativity; Gabriel García Márquez's manuscripts, correspondence, notebooks, and more (digitized for easy perusal); and one of only 20 complete copies of the Gutenberg Bible in the world.

The Center is the gathering place for curious minds, and a perfect place to launch your next intellectual adventure. Come visit our exhibitions, attend one of our many programs, check out our collections, or research and study. Keep up-to-date with all the happenings at the Ransom Center when you subscribe to eNews or become a member.